Subscribe to our newsletter for sales and new arrival notifications!!

The all-rounder of the Victory V4 amp range, the Jack is the amp we developed with ‘Guthrie Govan’. Four valves in the front end, 180-watt power section, two channels, reverb and Two notes technology. Only 1.7kg / 3.75lbs – all the Jack tones in a small box!Channel one is clean to mild breakup while Channel two is glorious overdrive. The Jack is designed to be able to handle any situation and in the V4 amp format it’s portable, powerful and practical.

The V4 Jack has two channels, channel one is clean to mild breakup and channel two is your overdrive channel. The V4 Jack is based in hugely successful V30 Jack, developed with Guthrie Govan to be his ‘flying amp’. 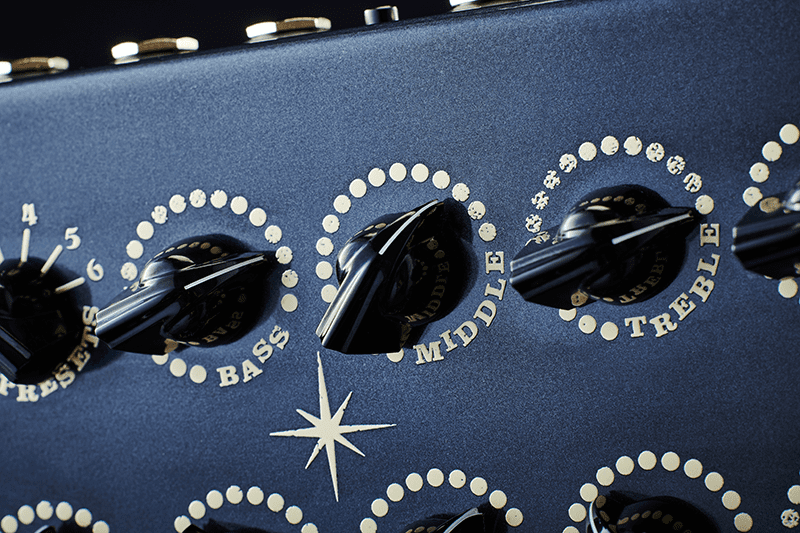 Powerful bass, middle and treble controls to shape your tone. These also have an effect on the gain character and drive levels – just like in any valve guitar amp. 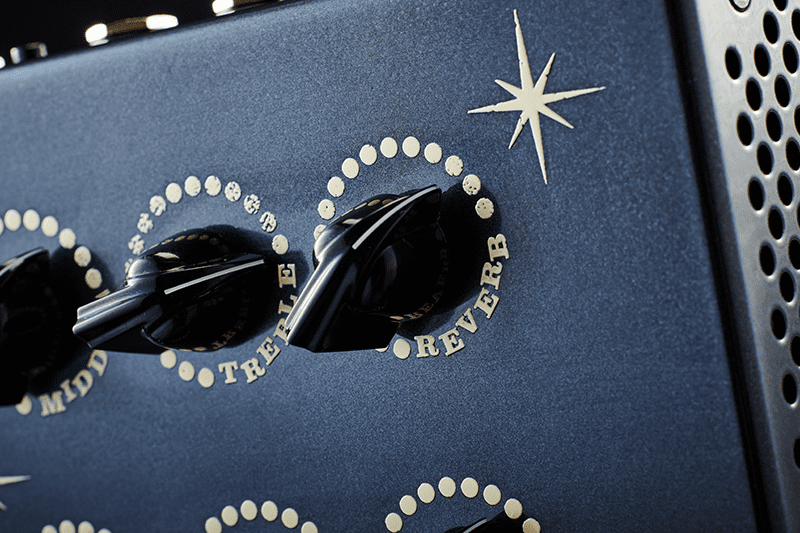 Lush sounding digital reverb gives you ambience aplenty. Run it low for a subtle feeling of space, or max it out for washy, splashy hugeness! The reverb is foot-switchable using a TRS cable (sold separately).​ 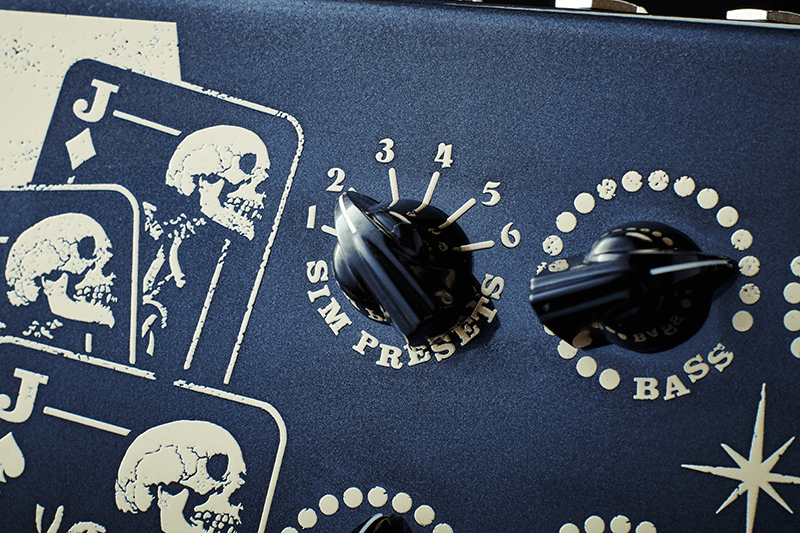 Two notes Audio engineering Torpedo-embedded DynIR Virtual Cabinet technology is onboard the Jack. The Cab Sim XLR makes is super easy to take you Victory virtual cabinets anywhere. The presets have been created by Jack Gardiner for the Jack. 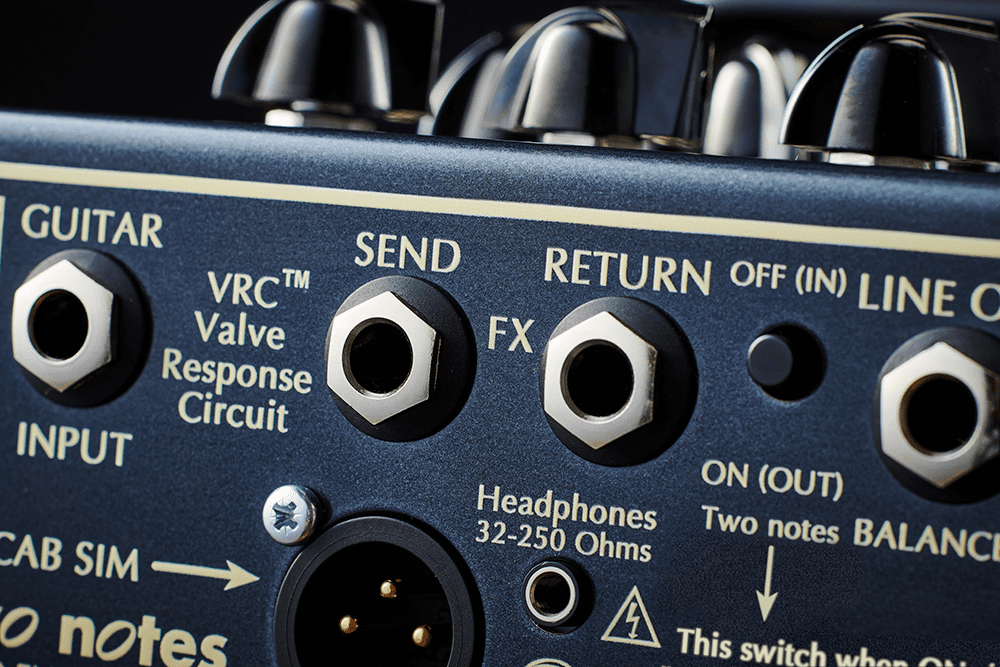 Sits between the preamp and power amp. Run your time-based effects here for maximum clarity. 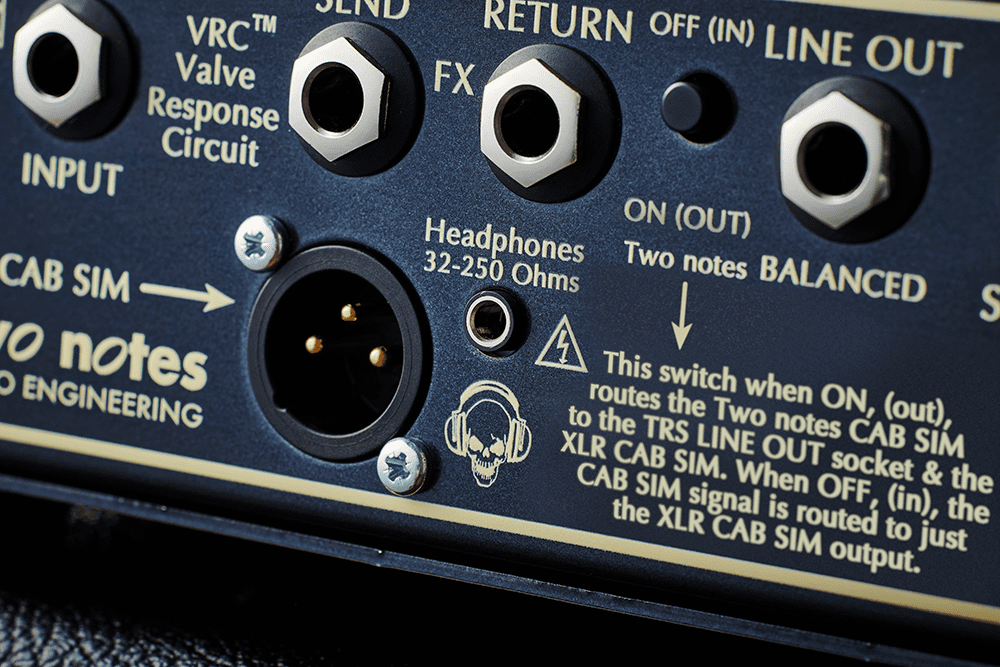 Balanced Line Out and Headphone Out

Send a direct feed to a separate speaker simulator, front of house or wherever you like. Can be used with or without a speaker connected.  The inbuilt headphone output makes silent practice quick and easy. 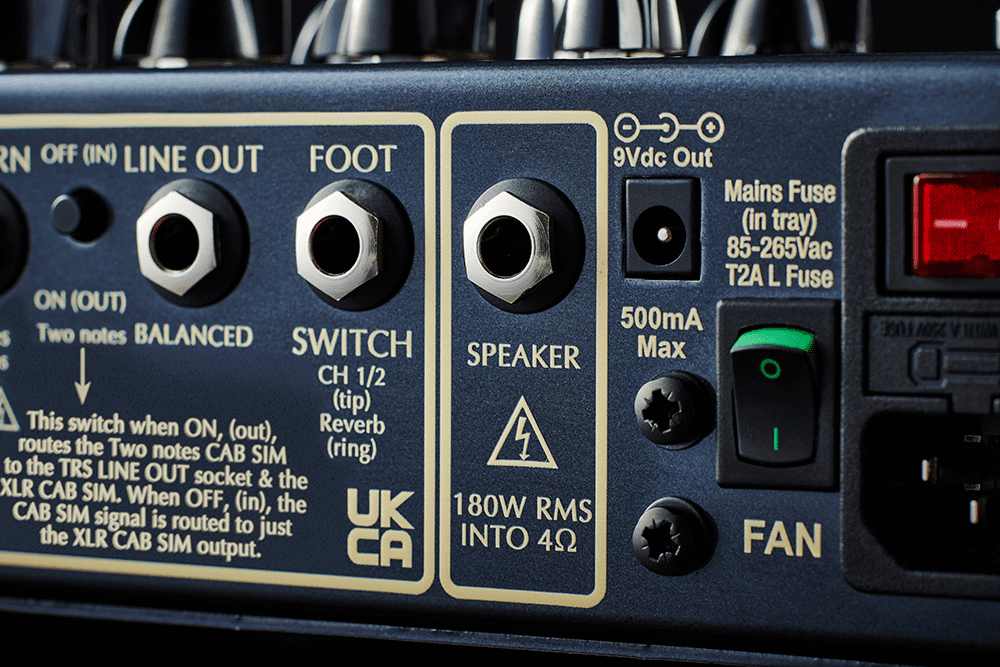 Want to power some extra pedals and stick this on your board? We’ve included a 9V DC centre-negative output that will put out a maximum of 500mA. This is more than enough for the vast majority of drives, fuzzes and analogue delays and so on. 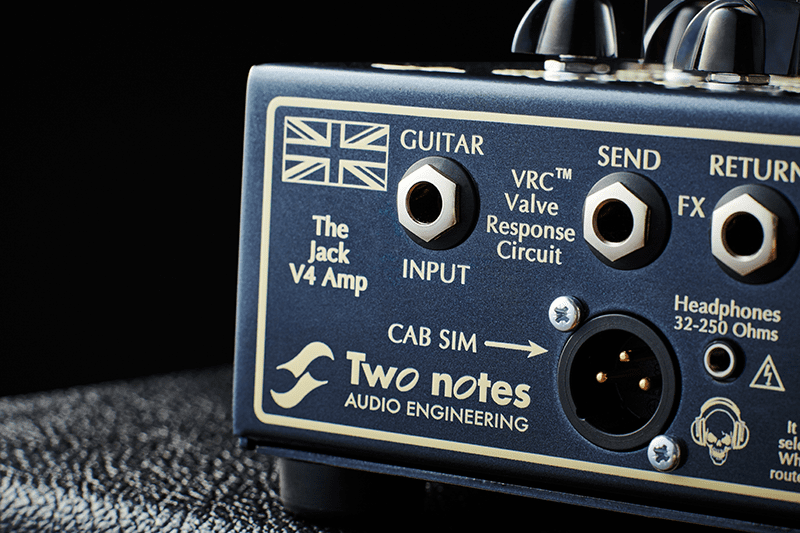 The idea behind this little piece of the circuit is to mimic what a “resonance” or “thump” (other adjectives are available!) control does in the power amp of a valve amp. So with the V.R.C (™) circuit you get closer to how a valve power section should feel but in a tiny amp you can throw in your backpack and still get up to 180 watts of power!

We have partnered with the incredibly talented folks at Two notes Audio Engineering to embed their incredible tech in our V4 Jack Guitar amp.

Straight out of the box you have access to six presets created by Victory artist Jack Gardiner. These have been specifically created by Jack for the V4 Jack guitar amp. There are ten Victory virtual cabinets included with the amp and a collection of microphones and positions to choose and build your own presets. All this can be accessed by plugging the V4 Jack guitar amp into your computer, via Torpedo Remote (download for free from the Two notes website) – this is also where you access the power amp modes, rooms, studio-grade EQ and audio enhancer. Register your device with Two notes to gain access to a further two Two notes DynIR cabs.

THE STORY OF THE V4 AMP VALVES!

The V4 amps have some interesting valves in them, to be specific 3 CV4014’s and 1 EC900. The CV4014’s were made in 1981 in the Mullard factory in England and then stored in a climate-controlled atmosphere deep underground,the depot was part of a cold-war nuclear bunker! They lay there until we decided to design some products from them!

The EC900 were made by E.I (Elektronska Industrija) in the former Yugoslavia under license from Phillips and Mullard, they were produced to an incredibly high standard so much so, we have included a 2-year valve warranty on the V4 amps.